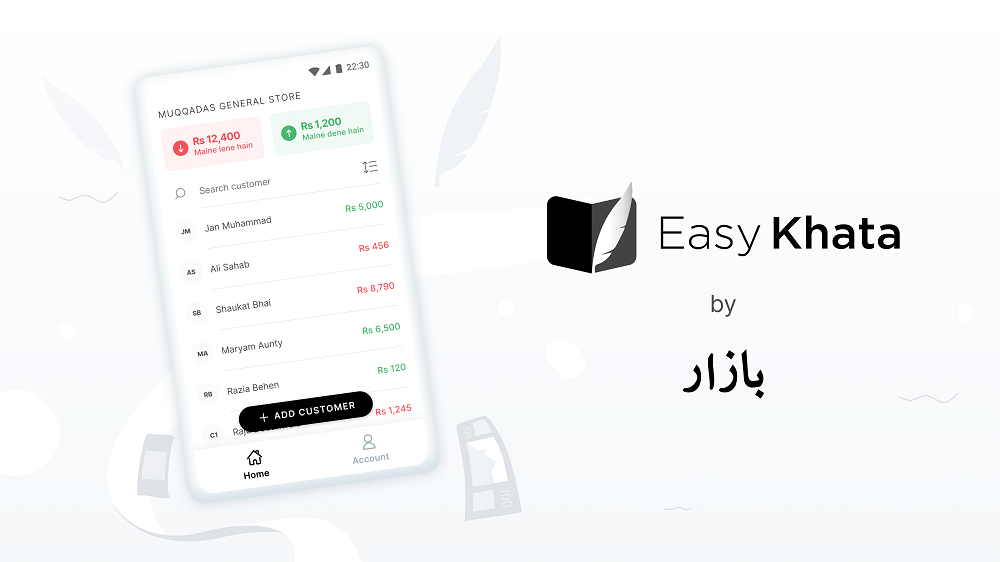 Karachi-based B2B ecommerce marketplace Bazaar has launched Easy Khata, a new mobile app that helps retailers manage their ledger and accounting. The app that was launched a little over a month ago has already onboarded over 100,000 active merchants from 400 cities and towns of Pakistan. Within days of its launch, Easy Khata went viral, consistently trending on top of Google Play, the company’s co-founder Hamza Jawaid told MENAbytes.

Bazaar’s main product is the ecommerce app that enables grocery retailers to procure inventory for their stores. Started less than a year ago, the startup has raised about $8 million to date, including $6.5 million in what was Pakistan’s largest seed round of the time earlier this year. It said that it is already working with some of the largest FMCG companies in the country and has served thousands of retailers in Karachi.